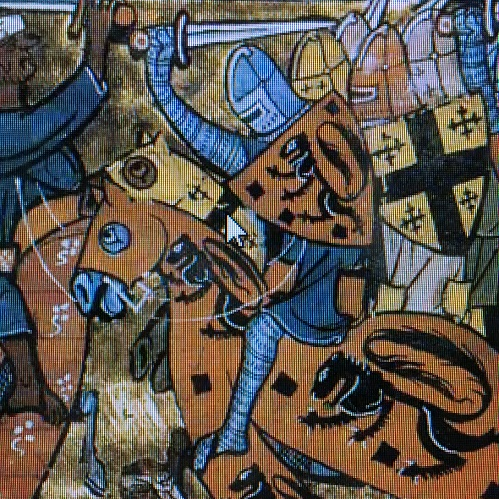 In 1179, count Gerard van Loon loses the battle with the Prince-Bishop of Liège. Inevitably, he moves his power center from Borgloon to Kuringen at the border of the principality. Near his new caste, he sells a piece of land to a brother/friar, asking him to found an abbey as a burial site for him and his descendants.

However, the count falls in battle in Acco. His body is returned and buried in the abbey church in 1194.

His eldest son and successor Louis II of Loon marries in 1203 15-year old Ada, countess of Holland. Due to his marriage, the Count gets entangled in the succession battle about the county of Holland.  He loses the battle and the couple retreats to Kuringen.

Probably, the powerful and rich Ada has had an enormous influence on the development of the abbey in this initial period. Maybe, she decided to turn the abbey into a convent.

The charters of this period confirm the status of the convent. The official registration of the Cistercian order in 1217 is definitely the spiritual climax. During the next decades, the abbey will develop into one of the most influential (richest) convents in the Netherlands. 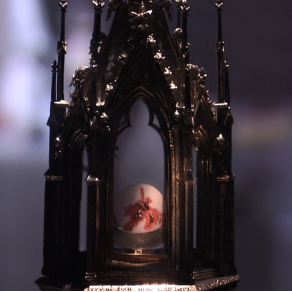 As of 1240, the economic growth stops as well as the number of donations to the abbey. Despite threats caused by the war situation in Liège, the abbesses manage to expand the patrimony of the abbey slowly but gradually.

The famous mystic Elisabeth van Spalbeek resides around 1275 in the surroundings of the abbey. Her predictions and her daily experience of Jesus’ suffering meet with great response till far beyond the borders. Thanks to her, the abbey can obtain the relics of Saint-Ursula and her company of eleven thousand virgins. This treasure of relics attracts pilgrims to Herkenrode.

During the famine of 1317, the Holy Sacrament of Miracle is brought to the abbey church. This bleeding host reinforces the role of the abbey as an important place of pilgrimage and results in new income.

From 1335 till 1495, the acts of war have an impact on the further development of Herkenrode. Short periods of prosperity with new land acquirements and rights of inheritance are overshadowed by periods in which the abbesses have to loan considerable amounts of money to guarantee the survival of the abbey.

The acts of war will continue for quite some time : until 1495, the wars of the prince-bishops – this time against the dukes of Burgundy will result in financial problems for the abbey. 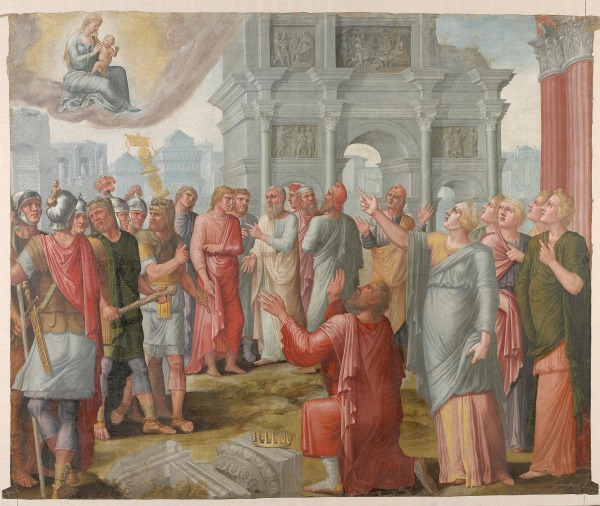 After a long period of turmoil, war and plundering, Herkenrode experiences a golden era between 1510 and 1568.

Prince Bishop Evrard van der Marck renovates the castle in Kuringen and uses his enormous wealth and influence to rebuild the weakened Herkenrode. During this period, the abbey orders a treasure of religious works of art : stained-glass windows, church textiles, paintings and majolica tiles stress the religious experience during the Eucharist, and bring a tribute do their devout patrons. Visits from honourable guests of the prince-bishop, such as Emperor Charles and the next pope Adrian VI confirm the glory and splendour of this abbey in the initial period of the counter reformation.

As of 1568, the consequences of the religious strife and the Eighty Years’ War become clearly noticeable at Herkenrode. In spite of protection letters of powerful people, the abbey is again seriously damaged due to war violence. 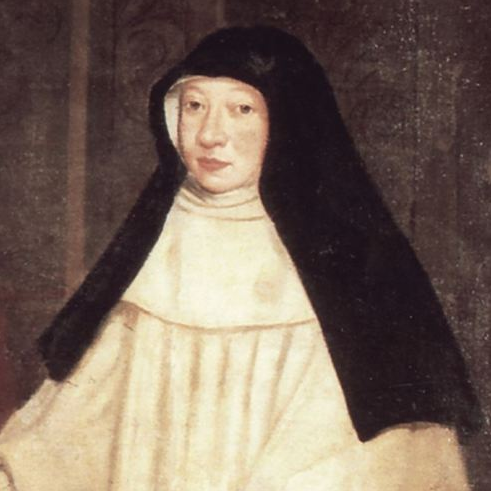 After a period of plundering by wandering soldier gangs, the situation becomes more stable and a period of relative peace and prosperity starts. After 1655, the abbey uses the increasing resources to acquire new properties. The larger part of the money, however, is spent on buildings and works of art for the abbesses.

The abbesses are now fully aware of their powerful position and also let it shine out to the outside world.

The mausoleums of the abbesses Anna Catharina de Lamboy and Barbara de Rivière d’Arschot are examples of works of art, being a highlight for the theatrical religious image of the counter reformation and baroque in Herkenrode.

To get a good idea of the economic situation in the abbey, abbess the Lamboy orders in 1669 the surveyor Peter Meysman to make an atlas with an overview of their extensive land properties.

The years 1670 announce the end of this prosperous period. The Franco-Dutch War, the Nine-Year War, the War of the Spanish Succession and the Seven-Year War bring along for the population an ever-returning series of claims, plundering, destruction, violence or large payments.

The abbey pays ransoms to soldiers and remains largely spared in this way from destruction. More than that, as of 1740 the building activities start over again and the successive abbesses behave as despots.

They even order megalomaniac, architectural projects for a full new construction of the abbey in classicistic style.

The Liège Revolution and the French Revolutionaries end abruptly the 600-year-old story of the Cistercian order in Herkenrode. Due to the abolition of the monasteries, the nuns are forced to leave the abbey. On 13nd December 1796, a silent procession of twenty-six choir ladies and just as many nuns stride for the last time underneath the gatehouse. Most of them find refuge with acquaintances or family members. 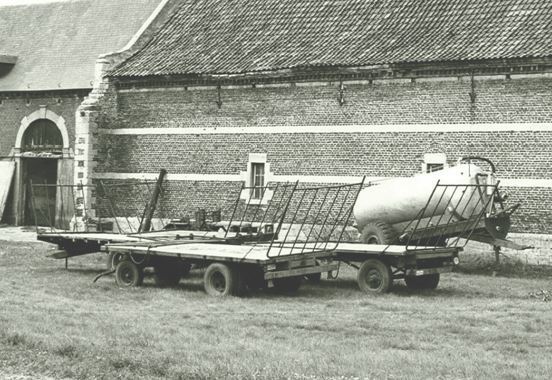 At the start of 1797, the French revolutionaries sold the abbey with all its possessions as “black goods” to the most bidding. The new owners divide the domain and start the dismantlement and sale of art treasures in the abbey. Some pieces, such as the organ and the choir stall move to surrounding locations, the magnificent stained-glass windows will end up in England.

They start industrial activities in the church and abbey building : a textile and sugar factory. Due to the successive bankruptcies, the patrimony is clearly neglected. A sad all-time low is the church fire in 1826. The historic heart of the former abbey will eventually be entirely pulled down.

After quite some time, only the family Claes remains as the owner of Herkenrode. The family lives in the former abbess quarter and determine the further history of Herkenrode. Around 1880, the remaining buildings are rented out as houses, stables and barns for the farmers of farmlands. Despite a few attempts to protect the heritage, it will take over seventy years, before the situation actually changes.

In 1972, the Canonesses Regular of the Holy sepulchre purchase the abbess quarters as well as the landscaped park.

They furnish a part as a contemplation house and build a new abbey respecting the existing architecture.

In 1974, the abbey of Herkenrode is protected as a monument and the surroundings as a landscape.

In 1998, the Flemish Government buys some 100 hectares of the site. The existing buildings have been restored with all due respect for the past and given a new destination.